Sexual violence includes a wide range of non-consensual sexual activities, which may be perpetrated by partners, friends, family, acquaintances, or strangers. Sexual violence may include but is not limited to:
Sexual Assault or Rape

Many people think that most rapes are committed by strangers, but the reality is that most people are raped by someone they know.

In Vermont, the words rape and sexual assault mean the same thing.

Sexual violence is not about sexual attraction.

Sexual violence is about power and control.

Consent is permission for something to happen or agreement to do something. When sex is consensual, it means everyone involved has agreed to what they are doing and has given their permission. Non-consensual sex, or sex without someone’s agreement or permission, is sexual assault.
Consent needs to be clear. Consent is more than not hearing the word “no.” A partner saying nothing is not the same as a partner saying “yes.” Don’t rely on body language, past sexual interactions or any other non-verbal cues. Never assume you have consent. Always be sure you have consent.
Sexual consent can only be FREELY given if: 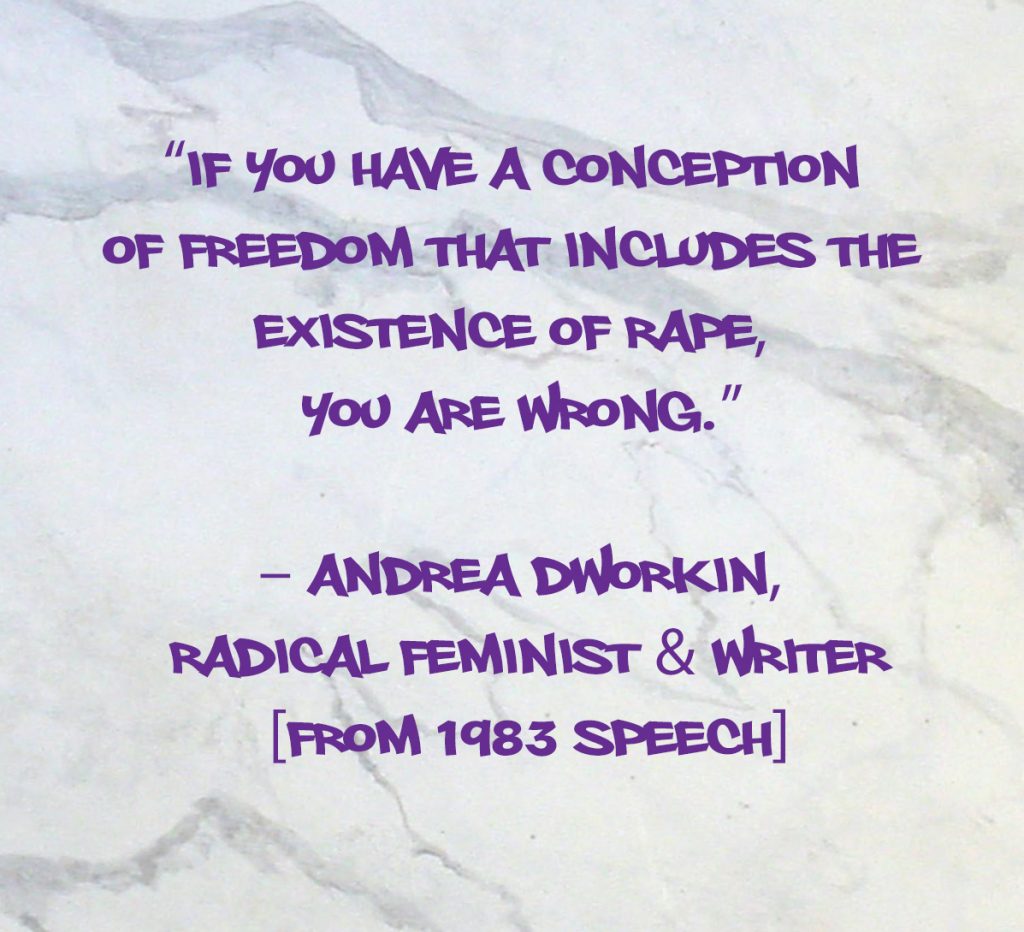