“Why does she stay?”
This is the question asked most often about women who are abused. It places all of the responsibility for the abuse on the person experiencing the abuse and not on the abuser and indicates a lack of understanding about the dynamics of battering. It also reveals a tendency to blame victims as it is sometimes followed by “she must like it.”

The real question that should be asked is “Why does he abuse her?”

That being said, because it is asked, it is important to talk about “why women stay.”

A woman who is abused may believe:
She may tell herself:
She may fear:

Many women believe their abusers’ threats with good reason.

Other reasons women stay in relationships –

Women stay in abusive relationships for many reasons – none of which are because they want to be abused. It is a commonly held MYTH that women must like or need to be abused, or they would leave; that they are “women who love too much” or have low self-esteem.

And, most women eventually do leave, but leaving is a process. The average woman who is abused leaves 7 to 8 times before permanently leaving a relationship. She may return when he begs her to come back, or when she can not find the resources to live on her own. She may return because she loves him.

Many women in abusive relationships ask these questions:

Will it get better?
Studies show that over time, without intervention, abuse in the home gets more frequent and more violent.

Is it my fault?
No. Abuse is always wrong. In fact, abuse in the home is a crime.  The victim is never to blame. There is no excuse for domestic violence.

Will Alcoholics Anonymous or Narcotics Anonymous keep him from hitting me?
No. While your partner may need treatment for alcohol or drug abuse, the abusive behavior can continue even if he becomes sober or stops abusing drugs. It is recommended that an abuser get treated for his violence in a specialized intervention program, as well as for drug and alcohol abuse through substance abuse programs.

No one deserves to be abused. 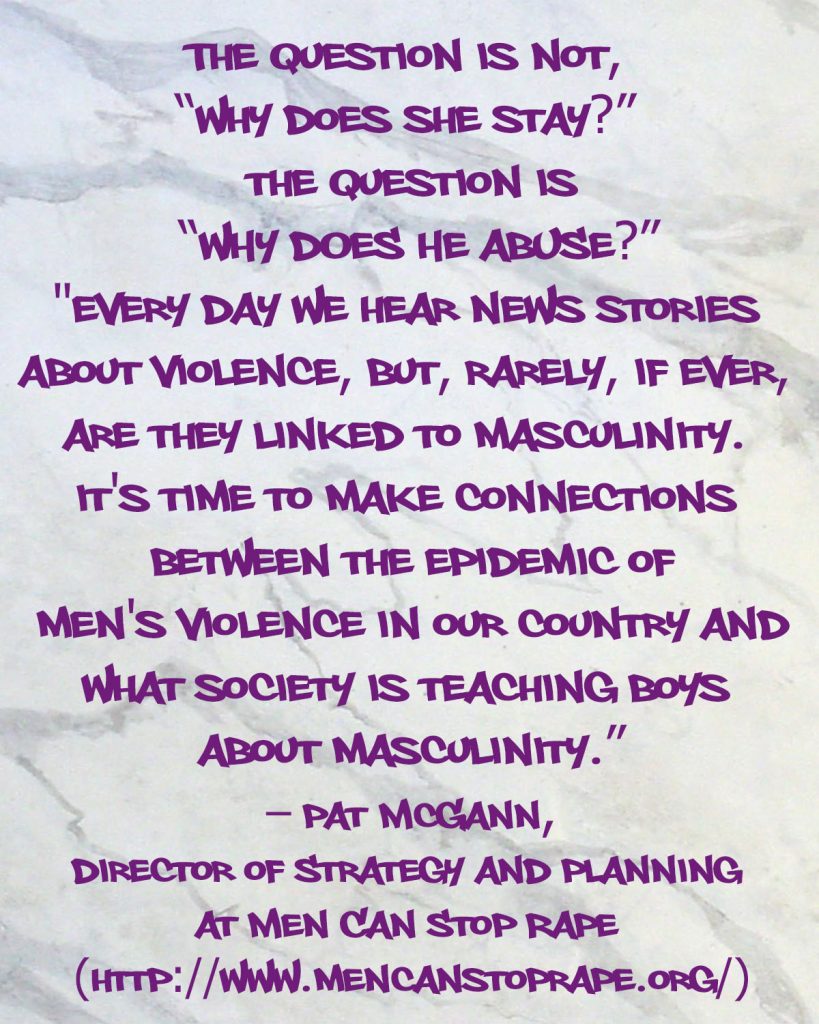