There is not a typical person who will be battered –  the biggest risk factor is being born female. Rural and urban women of all religious, ethnic, socio-economic, and educational backgrounds, and of varying ages, physical abilities, and lifestyles can be affected by domestic violence.

In all cultures, batterers are most commonly male.

Older battered women are a nearly invisible, yet sizable population and uniquely vulnerable to domestic violence. Older women are more likely to be bound by traditional and cultural ideology that prevents them from leaving an abusive spouse or from seeing themselves as a victim. Older women are very often financially dependent on their abusive spouse and do not have access to the financial resources they need to leave an abusive relationship. Many older women find themselves isolated from their family, friends and community, due to their spouses’ neglect and abuse. This is especially true because older women suffer greater rates of chronic illness, which makes them dependent upon their spouses or caregivers and thus, reluctant or unable to report abuse.

Rural battered women face lack of resources, isolation, small town politics, few if any support agencies, and poor or little transportation and communication systems in addition to the other complications of domestic violence that is intensified by the rural lifestyle.

Same sex battering is one person’s use of physical, sexual or emotional violence or the threat of violence or the fear of outing to gain and maintain control over another and sweeps the entire population regardless of culture, race, occupation, income level and degree of physical or cognitive ability.  In addition, the fear of homophobic and hostile law enforcement, judiciary, court personnel, medical and social service providers and domestic violence programs may keep lesbian, gay, bisexual, transgender and intersex victims of same sex violence from leaving their abusive relationship and seeking help.

Teen dating violence is one of the major sources of violence in teen life. Even in the best of circumstances, the passage from childhood to adulthood is often one of awkwardness and unease. When that passage is marked with danger and violence that explodes in relationships, then the journey into adulthood becomes even more overwhelmingly complex. Given that social, cultural, religious and family messages about intimacy and relationships between teens can be confusing, misleading, nonexistent or even unhealthy, many teens find themselves unsure of what to expect and how to behave in dating or intimate relationships. Fear, misconceptions, lack of services, low self-esteem, control by the abuser, peer pressure and concern about family response all combine to keep battered teens trapped in silence and secrecy. 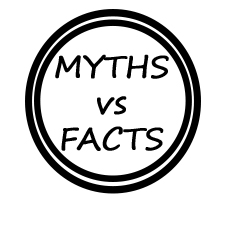